Woman calls out fitness instructor’s damaging comment during class: ‘Not something you need to fear’ 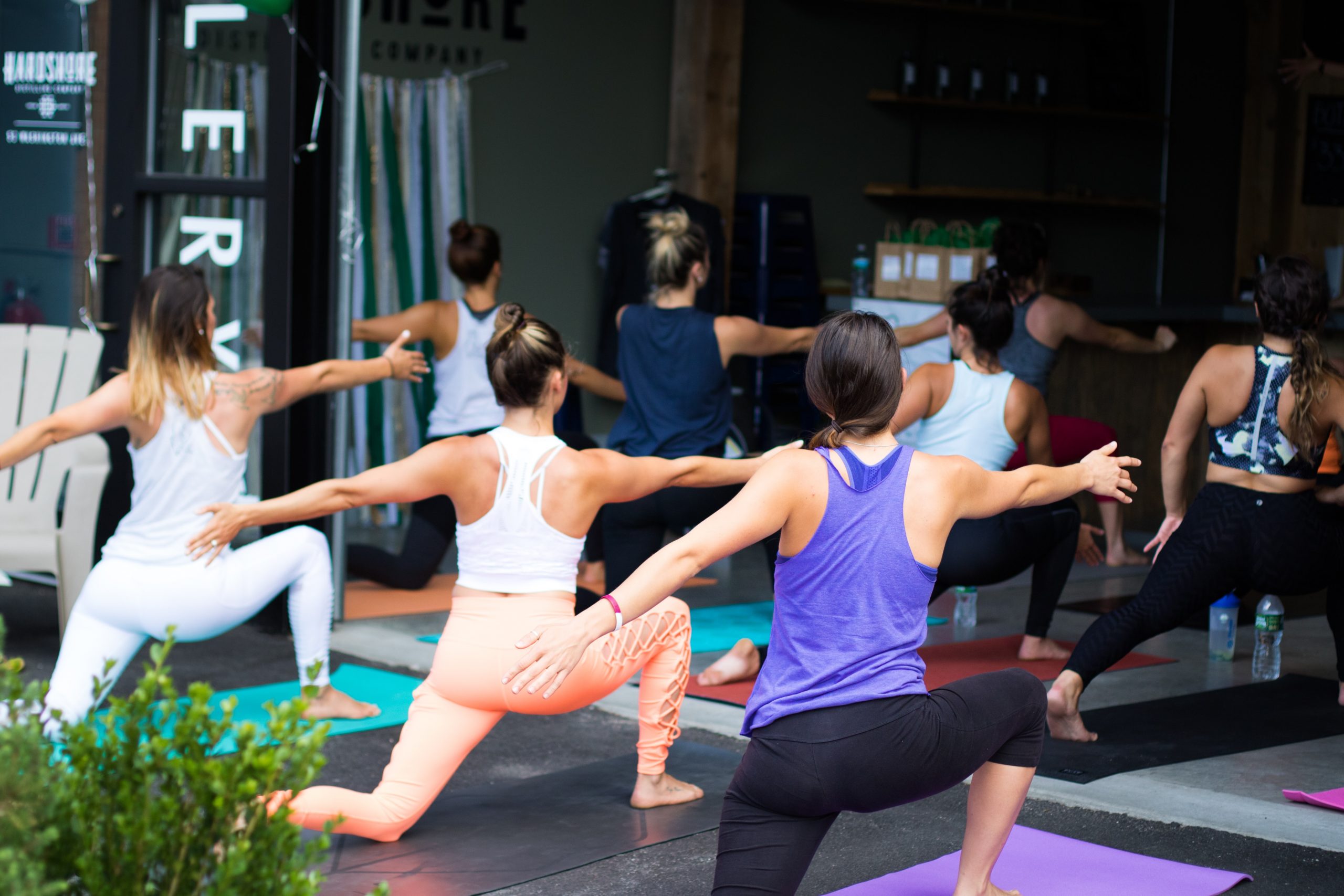 A woman’s takedown of a potentially damaging tactic used widely by fitness instructors has gone viral on TikTok — and both mental and physical health experts seem to agree with her argument.

Hannah Saada, a 24-year-old Dallas native who operates a jewelry shop on Etsy, took to TikTok on Dec. 27 following an outdoor yoga class to air her grievances over a comment made by the instructor.

“I went to a socially distanced hot yoga class, love hot yoga,” she began. “But I hate when the instructors go off and say, ‘We’re gonna work off all those cheat meals!’ And they just keep talking about the food you may have eaten and how exercise is just to combat the food that you eat.”

“Food is fuel,” she added. “It’s not something you need to fear, or you need to work off — they go hand in hand. They’re not, like, fighting each other. They work together. You need to eat.”

Saada’s message clearly struck a chord on the platform, where it has since been viewed over 926,000 times and racked up over 3,100 comments.

“I love that you addressed this,” wrote one user.

“YES I workout to feel strong, not ‘work off’ food,” said another. “It’s taken me a long time to get out of that mindset.”

“START YOUR OWN CLASS!” commented a third. “You seem like you’d be a great instructor especially with that mindset.”

Saada, who regularly creates body acceptance content for her over 352,000 TikTok followers, told In The Know that she herself had previously fallen prey to the reductive belief that working out was equal to “burning off cheat meals.”

“I had always followed that line of thinking that working out was just a means to burn off the food that I had eaten or planned on consuming,” she said. “It was only in recent years that I discovered movement and exercise could be done for fun and enjoyment and not as a punishment for eating less nutrient-dense foods.”

Saada says she began to free herself from the mindset after becoming acquainted with the Body Acceptance Movement and the Health at Every Size (HAES) Movement, the latter of which aims to eliminate stigmas against weight, respect size diversity and improve access to health care for everyone.

“The popularization of HAES has made it so a lot of us are in this cultural shift, and comments like ‘let’s work off those cheat meals’ are no longer motivating, but distracting to the more holistic purpose of exercise,” she said. “Even the concept of ‘cheat meals’ no longer resonates with me as there’s nothing morally wrong in eating foods like ice cream or pizza.”

Saada says that beyond being obsolete, these types of comments can take the focus of a fitness class away from the benefits of working out and place it instead on food-associated guilt and body obsession.

“Impressionable teens are likely to absorb that kind of thinking and repeat it to themselves once that class is over,” she explained. “Eating disorders, as well as cases of body dysmorphia, have skyrocketed, but the concern continues to go to ‘the obesity epidemic.’”

In The Know spoke with multiple mental health experts and fitness coaches who echoed the same sentiment as Saada — that drawing a line between eating certain foods and the need to work out does more harm than good.

Registered dietitian and nutritionist Jana Mowrer said that although she believes that fitness instructors like the one Saada encountered are simply trying to “tap into our desire to do things right,” she believes using “cheat meals” as encouragement may actually have the opposite effect.

“What’s really happening is that by focusing on ‘cheating’ or being bad, we internalize that we are bad,” she explained over email. “It connects us with more guilt and shame and prevents us from moving toward more healthy eating patterns. It negates the positive action, turning into almost a punishment for eating when we want people to build on their positive actions and do more of those.”

Jill Brown, a group fitness instructor with over 25 years of experience, echoed the same sentiment.

“Psychologically, using exercise to burn off over-eating or a cheat meal leads to viewing exercise as a punishment rather than using it for self-care and well-being,” she told In The Know. “It becomes a vicious cycle. As instructors, we need to cheer our students on to enjoy the positive effects exercise has on our health, our mindset and even our productivity.”

And this cycle — where calories in must equal calories out — can actually cause deep psychological damage if left unchecked, according to Aaron Sternlicht, a Licensed Mental Health Counselor (LMHC) and Credentialed Alcoholism and Substance Abuse Counselor (CASAC) who co-founded Family Addiction Specialist based in New York City.

“When individuals develop a psychological correlation between exercise and burning off calories from a particular meal, it can evolve into an unhealthy relationship with food and fitness, and, in extreme cases, into exercise bulimia,” he said. “Some symptoms of exercise bulimia include tracking the calories you burn during physical activity, excessive worry or preoccupation with exercise and excessively overexercising.”

Instead of linking exercise to burning off “cheat meals,” Dr. Colleen Freeman, a Ph.D. in physical therapy, says she encourages her clients to “view exercise as a celebration of what your body can do.”

“Listen to your body cues about what feels the best that day by either ramping up the intensity, taking the lighter set of weights, or even taking a complete rest day altogether,” she suggested. “In the same vein, I encourage clients to eat intuitively by listening to their hunger cues and eating to satiety. One meal certainly won’t ruin your healthy eating lifestyle.”

To anyone who may have found themselves struggling to break free from a “cheat meals” mindset, Saada reassures that your “emotional reaction and exhaustion” are completely valid.

“It can be isolating to hear those kinds of things from an instructor when you’re in a class,” she told In The Know.

If you find yourself in such a situation, Saada suggests trying out new classes with different instructors until you find one that is a good fit for you and your needs.

“Diet culture is pervasive, but it’s becoming less and less socially acceptable to motivate people with food fear and body shaming,” she said. “There are [instructors] that steer clear from those kinds of comments entirely.”

“Also, feel free to explore new types of movement/exercise that aren’t instructor-led like biking, walking, skateboarding,” she added. “Exercise should be fun and you deserve to feel excited to pursue it!”

If you or someone you know is struggling with an eating disorder or disordered eating habits, contact the National Eating Disorder Association (NEDA) at 1-800-931-2237. You can also connect with a Crisis Text Line counselor at no charge by texting the word “HOME” to 741741. Visit the NEDA website to learn more about the possible warning signs of eating disorders and disordered eating.